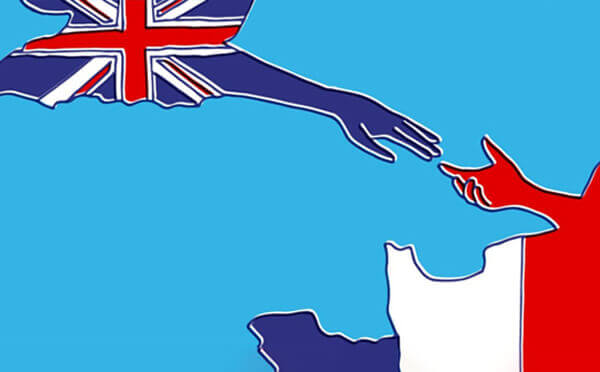 I was in France last week, meeting the BigChange French team out there. We discussed our progress so far and made plans for the future and then the conversation moved on to the differences between the UK and France.

They have wine with lunch over there, and the break lasts almost two hours so it was a lively debate!

I am a Francophile. I love the food and the culture. But when it comes to working practices, the gulf between the French and us is really striking.

No one can rival the UK for health and safety. We are number one for compliance in Europe, if not the world. We set the standard. My French team told me that France is the opposite: there is simply no understanding of best practice, and compliance is an afterthought rather than a priority.

According to the Health and Safety Executive, the UK has the lowest rate of fatal injury in the European Union at 0.5 per 100,000 employees. In France, that number rises to 3.3. If you look at the number of employees with long-term, work-related heath problems, again, the UK is the best performer, compared to France where more than 5pc of its workforce is affected.

It is clear that France is ready for a big change. We are going to help French companies to build compliance, health and safety, and best practice into their business models in an easy and pain-free way, while becoming more efficient. It’s a no brainer for them.

My team in France also said that customer service levels are nowhere near the high standards we have grown used to in the UK. They told me that when someone comes along with “wow!” customer service, it is really noticeable – new business floods in. We pride ourselves on always putting the customer first.

Of course, there is a lot that we can learn from the French: they are brilliant at complex infrastructure projects and some of the biggest construction firms in the world are based in France. It is also a nation full of highly-skilled workers, especially in areas such as software engineering. Britain is crying out for that kind of talent.

But it fills me with confidence, amidst all the uncertainty around Brexit, that we still clearly have so much to offer. Even after Britain leaves the European Union (if it happens), we have skills and abilities that countries like France desperately need and vice-versa.

It’s only 27 miles between Dover and Calais but France and the UK are worlds apart. I look forward to learning from our French cousins, and bringing all our experience to bear to help French companies thrive.

Dive straight into the feedback!Login below and you can start commenting using your own user instantly

Martinport uses cookies to ensure that we deliver the best experience. If you continue to use this site we will assume that you are happy with our cookie policy.Accept